First the race, then the title

It is true that you cannot win a Grand Prix at the first corner, but can easily lose it.

The same can also be said for the drivers’ world championship too in the first race of the year.

History has shown that if you win the first race of the season your chances of becoming the world champion that year skyrocket.

In fact, of the 63 championships since 1950, 32 (half!) have been won by the driver who took the victory in the curtain raiser that year.

I find it amazing and yet understandable at the same time that such a statistic exists in the often unpredictable world of Formula 1.

The first race of the year is the equivalent of shuffling a pack of cards, turning them all face down and picking one up at random. You simply have no idea who is going to win.

But on the other hand winning the first race gives you a psychological boost over your rivals, and also means that your car is (perhaps) the best on the grid meaning the other teams have to play catch up. This is partly how Jenson Button won the 2009 title.

And with no in-season testing it is now more likely than ever that the driver who wins the first race next weekend will be champion come late November.

The first two world champions (Nino Farina in 1950 and Juan Manuel Fangio in 1951) both scored a hat-trick in the opening race of their title winning season, Farina winning and setting the fastest-lap from pole-position at Silverstone, and Fangio at Bremgarten in Switzerland.

Ascari continued his utter dominance of the F2-era regulations from 1952 by completing a Grand Slam (pole, fastest-lap and the race win having led every lap) at the tragic Argentine Grand Prix in 1953, while three years later Fangio (also in Argentina) scored another hat-trick with the help of Luigi Musso – drivers could share cars and points back then.

Sir Jack Brabham got his successful 1959 campaign off to a winning start around the streets of Monte-Carlo and Mr Monaco himself, Graham Hill, won the first race of 1962 at duney Zandvoort in Holland.

The great Jim Clark set the tone for the 1965 season by destroying the competition in East London in the New Year’s Day South African Grand Prix. The Scot produced a Grand Slam performance and broke the track’s 100mph barrier. He was almost 30-seconds ahead of reigning world champion John Surtees at the chequered flag.

Next to win the first race and become champion was Sir Jackie Stewart in 1969 at Kyalami (South Africa).

Then came a barren run that lasted until the 1978 Argentine Grand Prix which was won by Mario Andretti.

Brazil ’85 proved the ideal launch pad for Alain Prost to set about winning his first world title after losing out to team-mate Niki Lauda by half a point the year before.

Prost’s implacable rival [insert fitting epithet here] Ayrton Senna, won the first race of his second and third championships around the streets of Phoenix in a classic in 1990 and again in ’91.

Senna (L.) fought hard to pass Jean Alesi who was in just his ninth Grand Prix.

The trend of that year’s champion winning the first race continued for another five seasons.

Nigel Mansell won nine and took pole-position in 14 out of 16 races in 1992, began the season with a Grand Slam at the new look Kyalami, while Prost had to settle of just a hat-trick in the same race in ’93.

Damon Hill won the 1996 Australian Grand Prix which saw Albert Park make its F1 debut. He passed team-mate and debutante Jacques Villeneuve late in the race after the latter suffered an oil leak.

Mika Häkkinen won the 1998 Australian Grand Prix after team-mate David Coulthard honoured a gentlemen’s agreement, a move that was highly controversial at the time.

The Schumacher-Ferrari era of dominance saw the German win the title from 2000-2004, and the first race in each of these years expect for 2003 when he finished fourth. 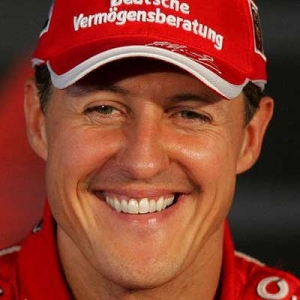 Six of Schumacher’s seven title winning seasons got off to a winning start.

Schumacher’s 2004 victory at Albert Park was a Grand Slam, and he went on to win a record 13 races that season which included the first 12 out of 13!

After skipping 2005, the champions from 2006-2009 (Fernando Alonso, Kimi Räikkönen, Lewis Hamilton and Jenson Button) all won the first race of their respective successful season.

Alonso got his title defence off to a perfect start in the Bahraini desert, while Räikkönen won on his Ferrari debut.

Hamilton picked himself up from the disappointment of Brazil ’07, while Button created history in 2009 by winning for Brawn on their debut. Only Mercedes in 1954 and Wolf in 1977 had previously won their first race.

The last time the eventual champion triumphed in the opening race was in 2011, when Sebastian Vettel won the first of his 11 races en route to his second world championship.

But it’s not just F1 that has seen the champion that year win the first race.

The European Championship which ran from 1931-’32 and ’35-’39 saw three of its seven seasons set the above precedent.

Italian ace Tazio Nuvolari won his home race at Monza to set up his 1932 championship, while Rudolf Caracciola won the 1935 season opener at Spa (Belgium) and Hermann Lang also won at Spa in 1939, but only after Englishman Richard Seaman crashed out of the lead at La Source and died later that night of his injuries.

“Anything can happen in Formula 1, and it usually does.” – Murray Walker.

The 2013 F1 season gets underway on 15-16-17 March at Albert Park, Melbourne, Australia. Live on Sky Sports F1, extended highlights on the BBC.

I'm a lifelong Formula One fan who also enjoys classic rock/heavy metal music.
View all posts by Alex Crouch 92 →
This entry was posted in Formula 1, Sport and tagged F1, Formula 1. Bookmark the permalink.