FOR those of you with short memories, last season Liverpool FC almost won the league title for the first time since 1990.

A run of 11 straight wins and 16 matches unbeaten was ended by Chelsea at Anfield on 27th April. That match featured Liverpool captain Steven Gerrard’s infamous slip which gave the ball to Chelsea’s Demba Ba. But Liverpool DID NOT lose the title here.

Nor was the title lost in the next game, when at 3-0 up away to Crystal Palace, the Reds imploded and came away with a draw on 5th May. I repeat, Liverpool DID NOT lose the title here.

No, Liverpool lost the title on Boxing Day 2013 against eventual champions Man City at the Etihad.

In the 19th minute, with the game at 0-0, Raheem Sterling ran through on goal, rounded Joe Hart in the City goal and scored, only to be wrongly ruled offside. 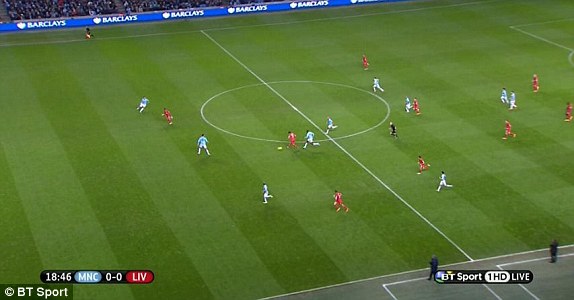 Regardless of who you support, that is NOT offside. (Daily Mail).

The Reds did in fact take the lead, but City won the match 2-1.

The blue half of Manchester finished last season top with 86 points. Liverpool were second with 84.

But had Sterling’s perfectly legal goal stood, City would have finished with two fewer points, 84, while Liverpool would have had an extra point, 85, and won the league.

My plea here is simple and goes out to fans as well as commentators, presenters and pundits:

Before you mention or ridicule Steven Gerrard, or the team as a whole, about the Chelsea or Palace games, please remember that the title was taken away from Liverpool when we were all eating turkey sandwiches on Boxing Day.