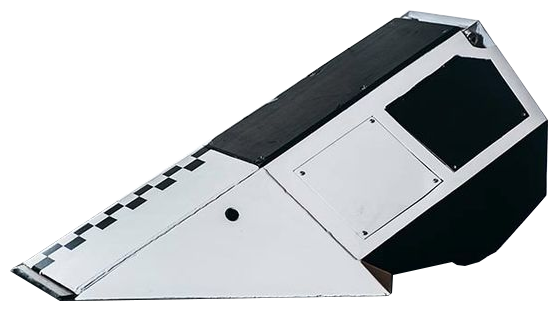 Apollo – winner of the fourth heat of Robot Wars 2016.

The Birmingham-built machine not only beat the competition in the heat, but flipped no less than three house robots! Dead Metal and Matilda were overturned in Apollo’s head-to-head with Storm 2, while Shunt fell victim to Apollo in the heat final.

…before Matilda is flipped too… 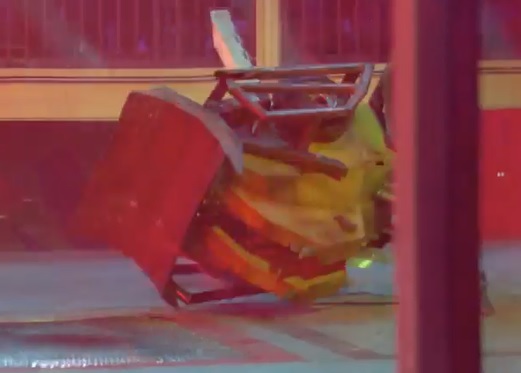 …and Shunt makes it three!!!

Apollo advanced from the group battle with PP3D (the ‘successor’ to Seventh Wars Champion Typhoon 2) at the expense of two-time Annihilator Champion Kan-Opener and Sweeney Todd before defeating PP3D and Storm 2 (via a judges’ decision), but then lost to an already eliminated Eruption.

Storm 2, New Blood Champion and Seventh Wars runner-up, and Eruption came through the second group battle against Sabretooth and Terror Turtle, the latter being flipped out of the arena by Eruption, which then lost its head-to-head against Storm 2 in their next bout.

The final head-to-head bout saw the eagerly awaited re-match between Storm 2 and Gary Cairns (PP3D/Typhoon 2). Storm 2 ran out victorious and so advanced to the heat final with Apollo.

But there was to be no Grand Final qualification this time around for Storm 2 as it was thrown out of the arena by Apollo.

Apollo throws World Champion Storm 2 out of the arena.